Trolls, the giant creatures from Norwegian mythology, are said to orginate from stone. They usually avoid sunlight, as the story goes that sun exposure will turn them back into stone. Once upon a time, there was an adventurous (or rather a stupid!) troll living in the mountains nearby the West coast of Norway. In a rebellous attempt to test if the story was true, he showed himself to the sun. First, nothing happened, so he thought to taunt the sun by sticking out his tongue. Provoking the sun was not his smartest move, and soon he turned into stone.

For hikers, the troll’s stupid action (or the occurance of an ice age as geologists would say) is a bless. The view from the tongue is amazing, and so is the hike upwards. It’s an 11km hike up to the tongue (equivelent to almost 7 miles) with an ascent of almost 1000 metres, particularly the beginning is very steep. 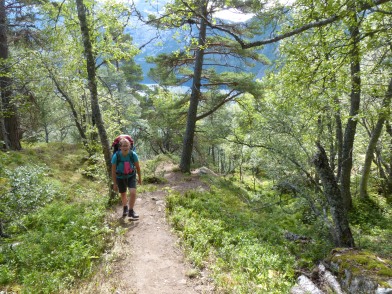 We did not take the old train track 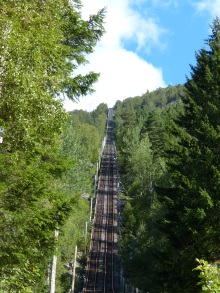 But it well indicates the steepness

We were hiking with two German brothers, which we met on our hike over the Hardangervidda (will post about that trip another time). They decided to ‘get over with the steep part’ and started in an extremely fast pace for someone (me!) with legs half as tall as the guys…

The good thing about this approach was that the hardest part was indeed quite fast behind us. Soon, we entered the world above the tree line. 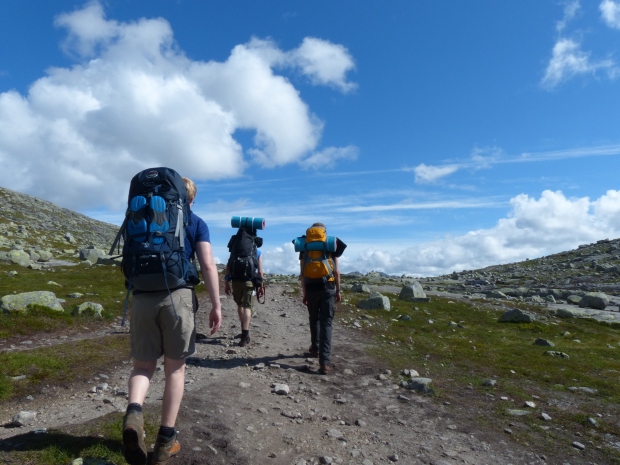 Most hikers go back and forth in a single day, but we thought it would be a cool experience to sleep at Trulltunga. This also meant that we didn’t have to rush, but could have a leisurely walk and enjoy the beautiful landscape. 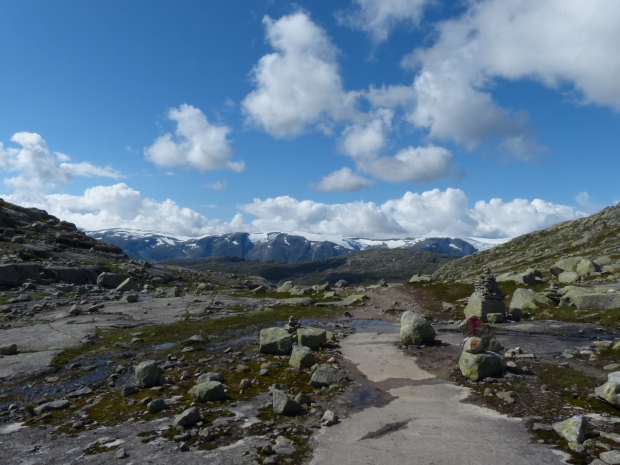 Well-marked path with red “T” on the stones

During our hike, we came across lots of visiters, and we were shocked how badly prepared some were. It’s not the most difficult hike in the world, but not a walk in the park either! Why would you wear jeans in the mountains? Why not taking water with you on a 10-hour hike? We even heard about FlipFlop-Tim, who – guess what – walked this trail on flipflops. 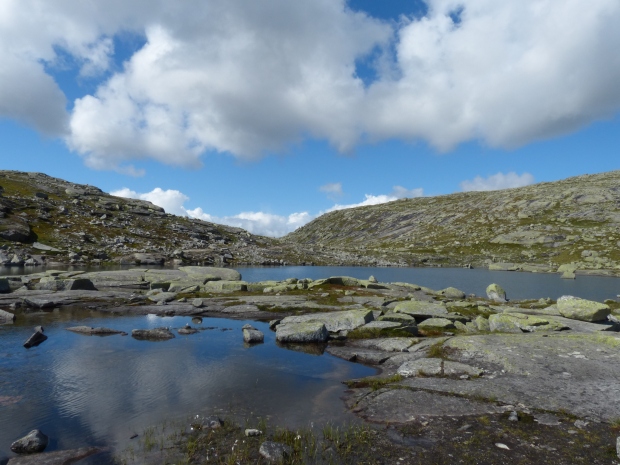 After continues exposure to beautiful weather, landscapes, and having continous fun, we finally reached the Troll’s Tongue: 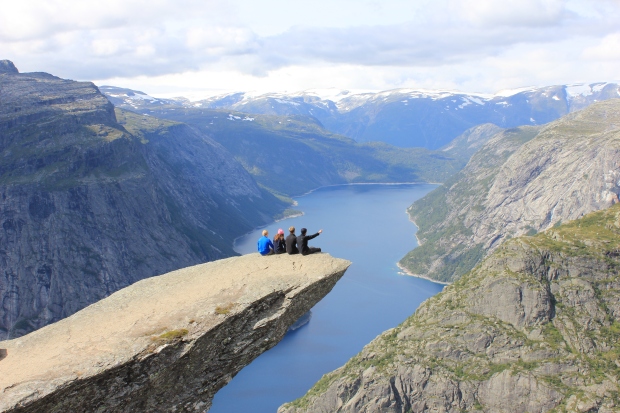 That night, we camped nearby the tongue where an old hut was located. The hut was still marked on our maps, but we knew that it was not supposed to be used anymore (it was old and dirty, although a love couple didn’t seem to care). 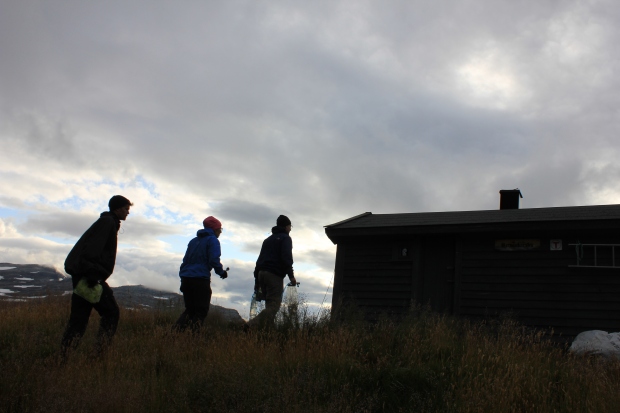 The hut was great for cooking, chatting, and laughing. Who would have thought that we would spend two days of hiking (and after that, a few days of “vanning”) with two German brothers? Always interesting to meet people on the trail!

In the hut, we met another German guy, which we named “Walter Pesto” as his looks reminded us of Wally (in German called Walter) from “Where is Wally?” He earned the ‘pesto’ part of his nickname, because of his fascinating cooking habits. He had decided that the weight of a stove (ours weighs 47 gram fyi) was too heavy, but instead he carried lots of pesto jars (one tiny jar weighs about 190gram, I just checked) too juice up his cold meals….

Feeling overwhelmed by our experiences and the great outdoors , we felt that we should make a campfire to properly end this troll adventure: 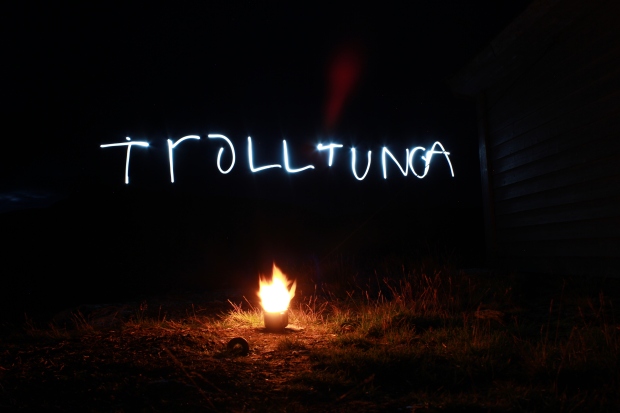