“Hikers and scientists?” you may think. “Why?” Well, it has something to do with their reasons for travelling to Reykjavik. Hikers, obviously, will go to Iceland for …. (and here it comes) … hiking. So scientists, guess what?!, go to Iceland for science. For the record, I actually heard from one of my professors that many scientific congresses take place in Reykjavik, because of its perfect location for both Europeans and Americans. Anyway, what the hikers and scientists have in common is that they visit a city for other purposes than visiting this city. I can’t blame them for doing so; not only because I’m a hiking scientist, but most of all because Reykjavik gave me the impression of being a dull, ugly city.

Apparently, Reykjavik is the world’s most northern capital (so says Wikipedia) and more than half of the entire country’s inhabitants live here. So you would expect something impressing, wouldn’t you? Even though I was only in Reykjavik in between the Landmannalaugur trail and my flight, I still had expectations that were left unfulfilled. The real city center consisted of only a few streets, the rest of the city looked poor and overall, I was missing this special atmosphere that most European cities have.

So what to do in Reykjavik if you’re stuck in it?!

1.Escape the city, do the golden circle.

Who doesn’t allow himself a spare day on a hiking or scientific trip and who doesn’t want to see some of the country’s most – so they say – iconic and stunning sights? Yes, it’s awefully touristic, but who cares? You’re a tourist too – I have to remember myself about this from time to time –  and how cool is it to see Geysir (oh yes, this is where the word geyser originates from) and Strokkur (the active geyser), Gullfoss, the Golden Falls, and the Thingvellir National Park in one day? 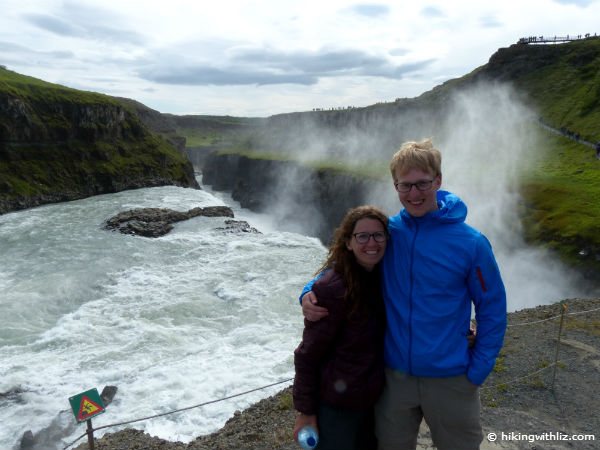 Being a ‘real’ turist on the Gorden Circle Tour

The Thingvellir National Park is the place where the American and Euroasian continental plates are pulling apart and impressed me the most, although seeing a geyser eruption was also quite an experience: I had never seen that before. Definitely worth the money of a bus tour or car rent for this 300-km route. 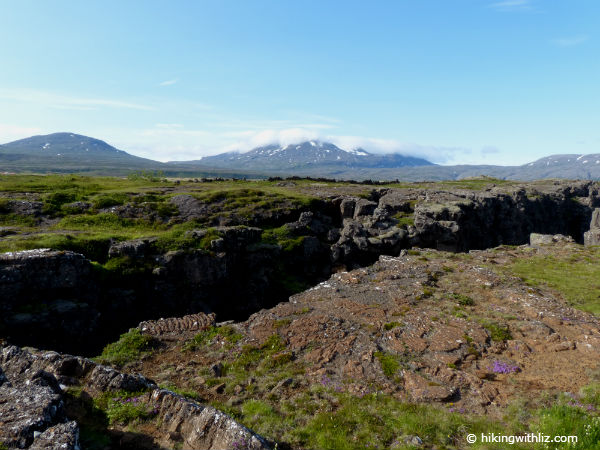 I’m not the typical wildlife/animal-lover as you may have guessed from my love for the outdoors, so I had not expected that whale whatching would be só amazing. We booked the express tour at Special Tours (really recommended!) and the speed of our boat was already rewarding. Seeing puffins – definitely worth nominating for coolest bird ever – gave me feelings of deja vu. Vividly, I remembered my almost face-to-face encounter with these funny birds on a puffin rock in Norway. They were further away than back then, but still close enough to observe their colored bills; it’s not without reason that they are sometimes called “clowns of the sea”. The puffins were funny, but then the whales came. It was magnificent. No other words to desribe it, so GO GO GO!

3. Walk to the harbour to eat icecream at Valids Icecream Parlor.

They sell the best Italian icecream that I’ve ever tasted (and I’ve been to Italy!) You can simultaneously buy your ticket for a whale tour in the harbour. 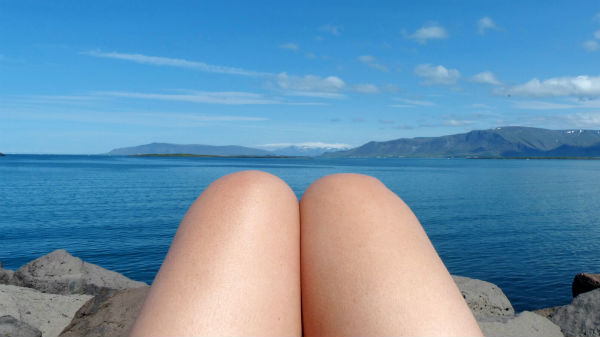 Relaxing in Reykjavik: view at the North Atlantic Ocean