How would it be to go on a solo-hike? This thought haunted me for months. It was tempting, the idea of doing this on my own, being strong and independent. It felt like a real adventure and a way of proving myself (or others, who knows ;)) that I could do such a thing… but above all, there was this irresistible temptation of being away in the mountains….

Meanwhile, the perfect oppurtunity for a first solo-hike came along. I had to present my work at a scientific congress in Edinburgh, so it was only a matter of staying a bit longer. Lucky me, I’ve always wanted to explore the Cairngorms and it felt like something I could do. I decided to go for a path that has been walked and decribed before, but without the immense popularity as the West Highland Way nowadays has. The challenge I set myself was doing this alone, so I didn’t feel the urge to chose for very difficult terrain.

The plan was set: from Blair Atholl via the River Tilt and the Lairig Gru to Glenmore in approximately 4 days. I bought my maps and could stare to them for hours. Routefinding did not seem difficult, but this was still the part that I scared the most, because I always rely on Arend in this respect. I have no sense of direction and even get lost in my hometown, so don’t you agree that justifies my fears? 😉 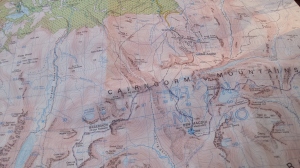 I said goodbye to my fantastic hostel in Edinburgh (more about this will follow in a practical update for future hikers of this trail) and headed to Blair Atholl.

It started as a gentle track through woodland and surrounded by hills. Nothing spectacular yet, but fine for the beginning of a hike. I tried to escape as much as forest section as I could and after that, I followed the River Tilt for hours…

The longer I walked, the better the views I got.

I kept on following River Tilt.

For long, I walked on a track where cars could drive as well. I hardly saw anyone, so I didn’t mind at all, but the thought of wildcamping on a foodpath instead of this track made me walk a few extra miles. It felt saver, somehow. Probably ridiculous, but I couldn’t help myself thinking of a car driving near to my tent this night..

So I kept going, untill I finally reached a path that was determined as ‘foodpath’ by my map. Oh yeah, that felt save 😛

Setting up my tent went pretty well, although I’ve no idea if I properly pitched my tent. But who cares? The tent was still alive the next morning and so was I. I even slept well. Although I must admit that I heard some scary noices that turned out to be sheep (I found out the next morning when I saw wool around my tent pegs).

I can’t express how I felt waking up here, showering in the river, having breakfast outside.. 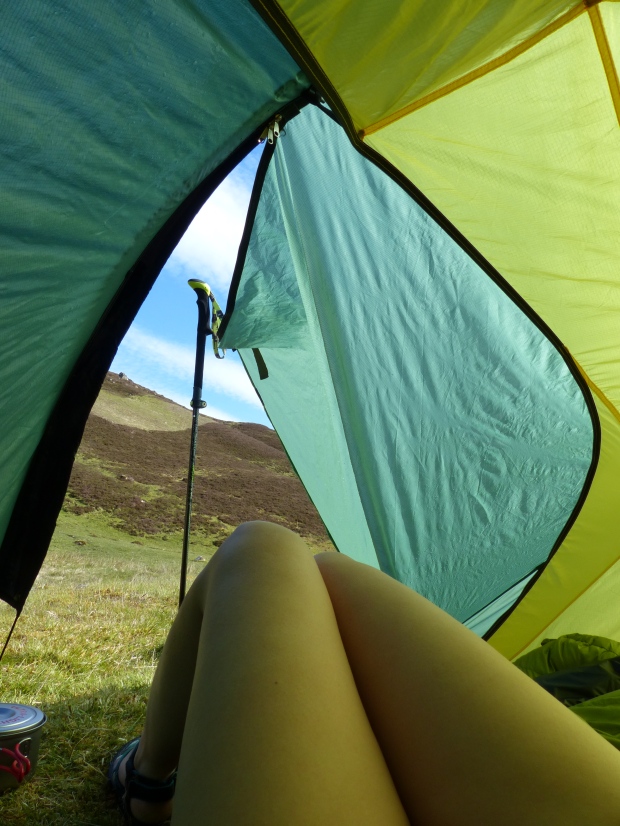 So day 2. I can only wish that I would wake up more often like this (so that definitely means that I should do more microadventures). I enjoy this wild-camping-vibe so much that I don’t make any rush to leave, and by the time I do, I meet Richard who has already walked from where I started yesterday, and it’s only 11am.. My pace is clearly much slower than his, and although I enjoy walking together for a while, I can’t keep up with his pace. That’s not surpising, as he is already walking for a month continuously with an average distance of 20 miles (32km) per day…He walkes from Land’s End to John o’ Groats; so for those who are not familiar with this: it basically means that he walks through the entire UK! I must add (sorry folks for bragging) that although I totally sucked in walking miles and that kind of stuff, my map reading skills excelled his gps at some point. I’d never expected that.. 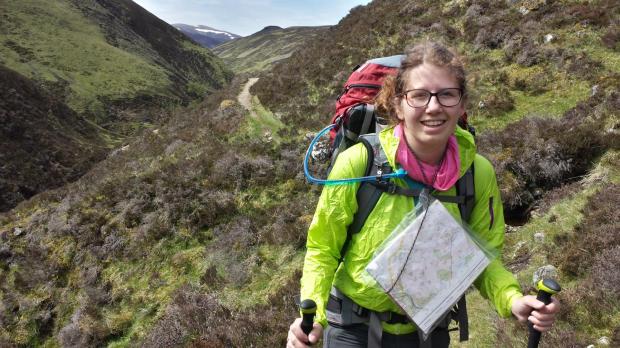 So after saying goodbye, I was back alone, but the good thing about this is that I learned a lot about my own way of hiking: I like to start the day slowly, make a lot of breaks and photos and I just need some time to get in a good walking rithm. But man, if I’m finally done with the ‘warming up’, I can walk for hours… 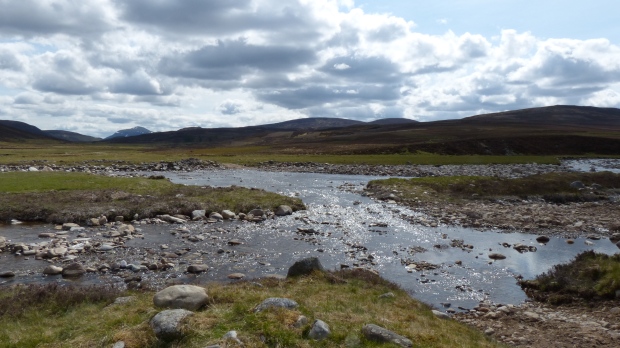 So after this river crossing, I reached White Brigdge, which has lots of beautiful places to pitch my tent, but I decided to continue walking. 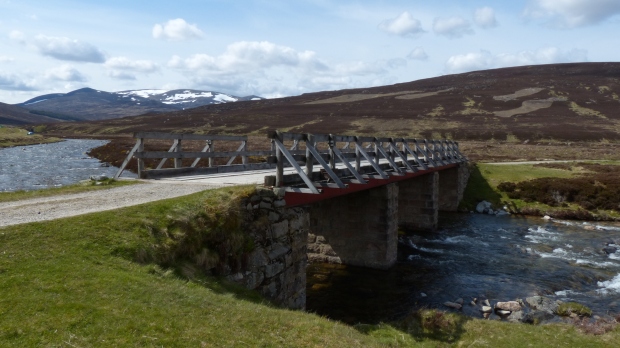 I didn’t find a good spot to pitch my tent for a long while, so I had to walk longer than expected and walked all the way  to Corrour Bothy. A bothy – also called wilderness hut –  is a free, basic shelter in remote mountain areas.

The bothy was located very nearby this impressive mountain: Devil’s Point. When I arrived to the bothy, a few other people were camping and one guy was even sleeping under the stars in a bivvy bag.

Day 3. From Carrour Bothy to Glenmore by the Lairig Ghru.

I walked across the Ben Macdui (1309m), the second highest mountain in the UK. 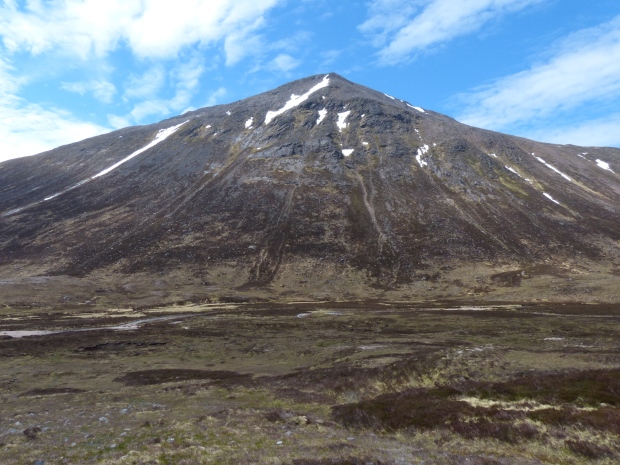 This day wasn’t particularly longer or heavier that the other days – it was actually a beautiful day – but from the last picture on, it became tough. I took a wrong path for a while, I could see how far I still had to go, and I wasn’t in the mood to take pictures anymore.

I was very relieved when I reached the road, got a lift and reached the campsite. In hindsight, I would say that a bit of feeling miserable is just part of adventure. Most of all, this micro-adventure was insane fun and I would immediately do it again 🙂

One thought on “My first solo hike”